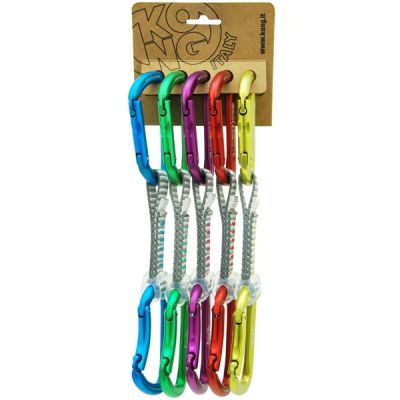 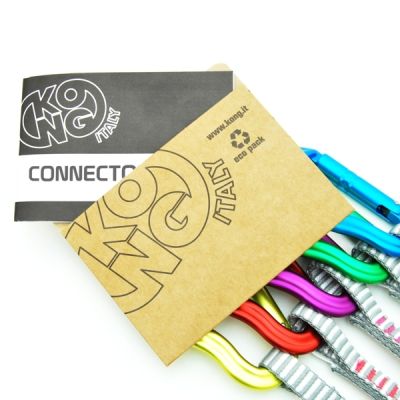 The Trapper Anniversary quickdraw is a new edition that celebrates Kong's 40 years (1977-2017).
The set is composed of 5 vivid colours that not only recall the pop style of those years, they also make it really easy to give beta once they’re placed on a route.
Equipped with two Trapper connectors with a nice handling shape, standard size that’s durable but not too heavy and an easy to clip Keylock nose.
The Dyneema sling is 13mm by 12cm, with the new ultra-resistant Fast Rubber made of silicone.
Highest quality product completely developed and produced in Italy and tested piece by piece - meaning every single carabiner is pull-tested!
Sold hanging in our new Eco Pack made of recycled cardboard.
Tested piece by piece.